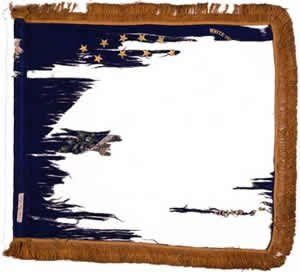 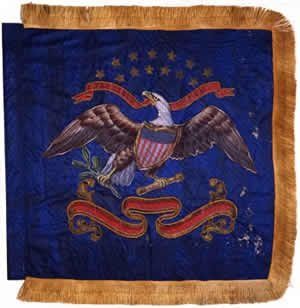 The 25th Regiment Cavalry, or “Sickles’s Cavalry,” mustered into service in Saratoga and Hart’s Island between February and October 1864. The NYS Battle Flag Collection includes two standards carried by the 25th Regiment Cavalry. One flag features significant losses to the blue silk field, however, from what remains, we can determine that the flag did include the painted Arms of the United States and battle honors. The other flag retains most of its blue silk field and also includes the painted Arms of the United States sans regimental identification along the lower ribbon.