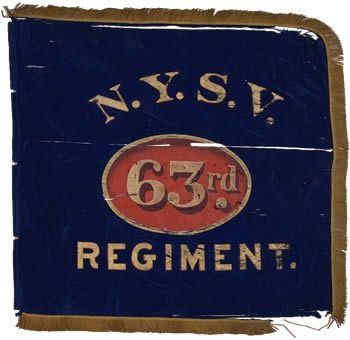 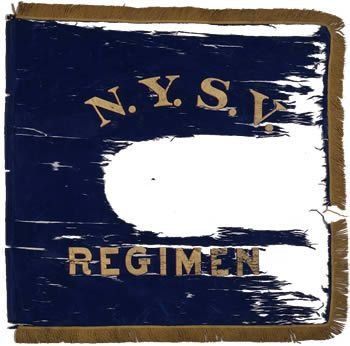 The 63rd Regiment, or the “Third Regiment Irish Brigade,” mustered into service in BG Thomas Meagher’s Irish Brigade for three years during the fall of 1861. Recruited principally from New York City, the 63rd Regiment lost over 200 men at Antietam. These two flank markers date to the regiment’s original three year muster period. Both flags feature painted inscriptions in gold, shadowed in red, along the top and bottom. A red painted oval shield edged with a gold painted border still remains for one flag but is lost on the other. The inscriptions along the top and bottom are in mirror image on the reverse while the numeric designation reads left to right on the reverse for the flag with the red oval in tact.